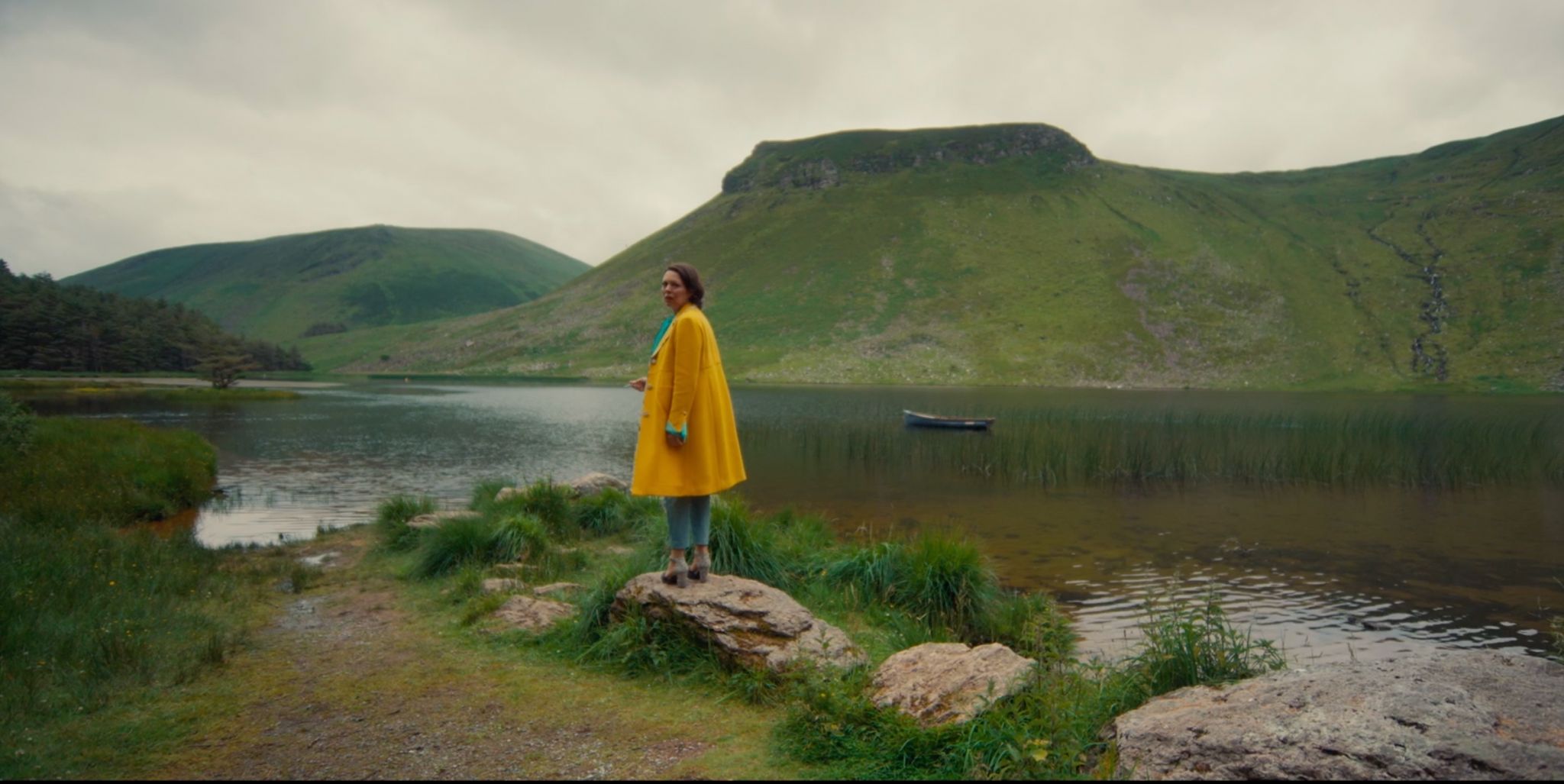 JOYRIDE TO HAVE A KERRY PREMIERE

Kerry International Film Festival (KIFF) in association with Screen Kerry are thrilled to host a preview screening of Joyride at Cinema Killarney on 27 July. Filmed exclusively in Kerry last year, Joyride is set to be released across the UK and Ireland on 29 July.

Written by KIFF Board member, Ailbhe Keogan, and directed by KIFF Maureen O’ Hara Award Winner 2017, Emer Reynolds, the film features the world-renowned Oscar®, Emmy and Golden Globe Award-winning actor Olivia Coleman as Joy, newcomer Chalie Reid as Mully and Lochlann O’ Mearáin as James. Both Charlie and Lochlann will be at the screening, as will Emer, Ailbhe and the Irish producers Aoife O’ Sullivan and Tristan Orpen Lynch from Subotica. Siobhan O’ Sullivan from Screen Kerry will host a Q & A afterwards. Unfortunately, Olivia is in the thick of filming and couldn’t make the trip over.

As Joyride was shot locally, there is a huge amount of Kerry interest. Tickets sold out weeks ago.

“This premiere is a particularly special one as it feels like we’re bringing the film home. We got so much support here in the Kingdom. We were gifted with choice locations, skilled crew, generous sponsorship, high-end production infrastructure, even a plane; but we also received endless goodwill towards the production. The buy-in from local stakeholders cannot be underestimated. A Kerry welcome helped keep morale up on set, even on the most challenging days.” Ailbhe said.

Chair of KIFF, Grace O’ Donnell, said: ‘KIFF are thrilled to showcase Joyride in association with Screen Kerry at Cinema Killarney. It is a phenomenal film, and we are so grateful to the number of local organisations who were instrumental in bringing the production to Kerry, including Screen Kerry, Kerry College, Kerry County Council and the engineers who facilitated filming throughout the county. KIFF would also like to make a special mention of thanks to our title sponsor Kerry Airport who provided an airplane for the film as well as to all our local and national sponsors and supporters.’

The film was developed by Embankment Films and produced by Aoife O’Sullivan and Tristan Orpen Lynch through Ingenious Media, Subotica and Fís Eireann/Screen Ireland. It is distributed by Vertigo and Wildcard Distribution.