In 2008 Kerry Film Festival instigated the Maureen O’Hara Award for women that have excelled in film, one of the few film awards, anywhere in the world, offered exclusively to women.

Why Maureen? Her singular beauty made her the Queen of Technicolour, but beyond her looks, Maureen was a master at her chosen craft. Her natural talents were matched by her honesty, work-ethic, bravery and resilience. She was not afraid to stand up and speak out when her male peers might have preferred if she shut up and lay down…on that casting couch. She didn’t.

In her own words…

“It’s been a good life … I’ve had a wonderful career and enjoyed making movies. I was fortunate to have made pictures with many of the greats, both actors and directors. I’ve no regrets … Some people see me as a former screen siren while others remember me as the dame who gave as good as she got in movies with John Wayne, for example. Many women have written to me over the years and said I’ve been an inspiration to them, a woman who could hold her own against the world.” The final thing she said, “Above all else, deep in my soul, I’m a tough Irish Woman.”
—O’Hara reflecting on her long life and career, on her 95th birthday in August 2015. 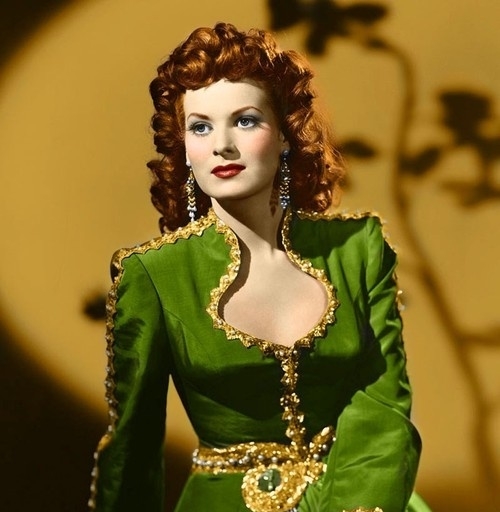 Brenda Fricker was the inaugural recipient. Fittingly, the award was to her by Jim Sheridan, who directed her in the Oscar-winning My Left Foot (1989).

Brenda Fricker’s career spanned six decades on stage and screen. She has appeared in more than 30 films and television roles. In 1990, she became the first Irish actress to win an Academy Award.

In her own words:  “It’s only a job yet there’s all this nonsense with it. It’s a f****** hard job. But it wasn’t my identity; it was a job. I had a rich life outside of it. I was very balanced and was lucky to have good people around me who kept me balanced if I needed it.” 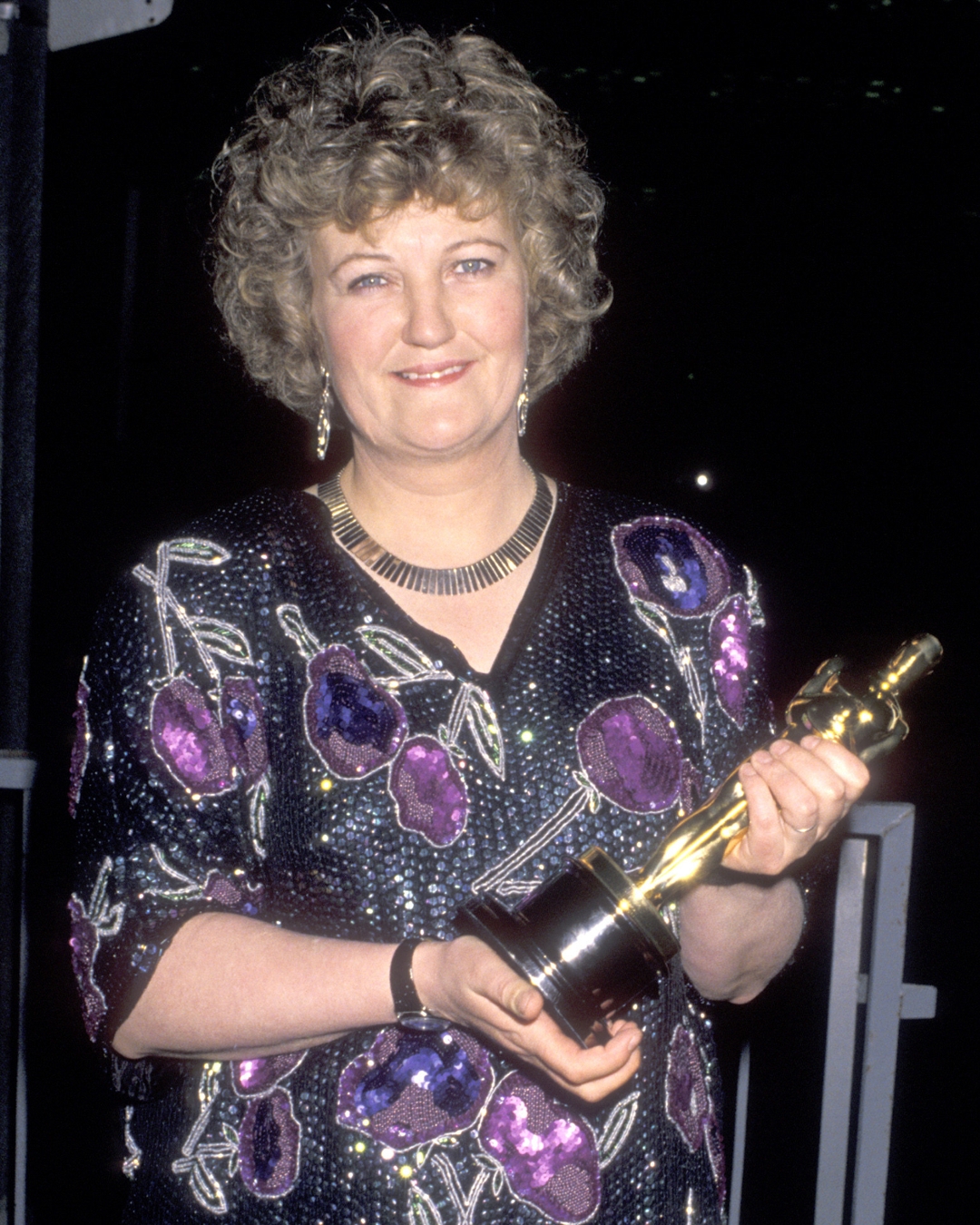 Rebecca Augusta Miller is an American independent filmmaker and novelist, known for her films Angela, Personal Velocity: Three Portraits, The Ballad of Jack and Rose, The Private Lives of Pippa Lee, and Maggie’s Plan, all of which she wrote and directed.

In her own words:  “I think it’s very important to keep being frightened – if you’re not frightening yourself, you should take a break. You need to keep experimenting. You also need to take time – that’s how you do good stuff – layering and depth of knowledge.” 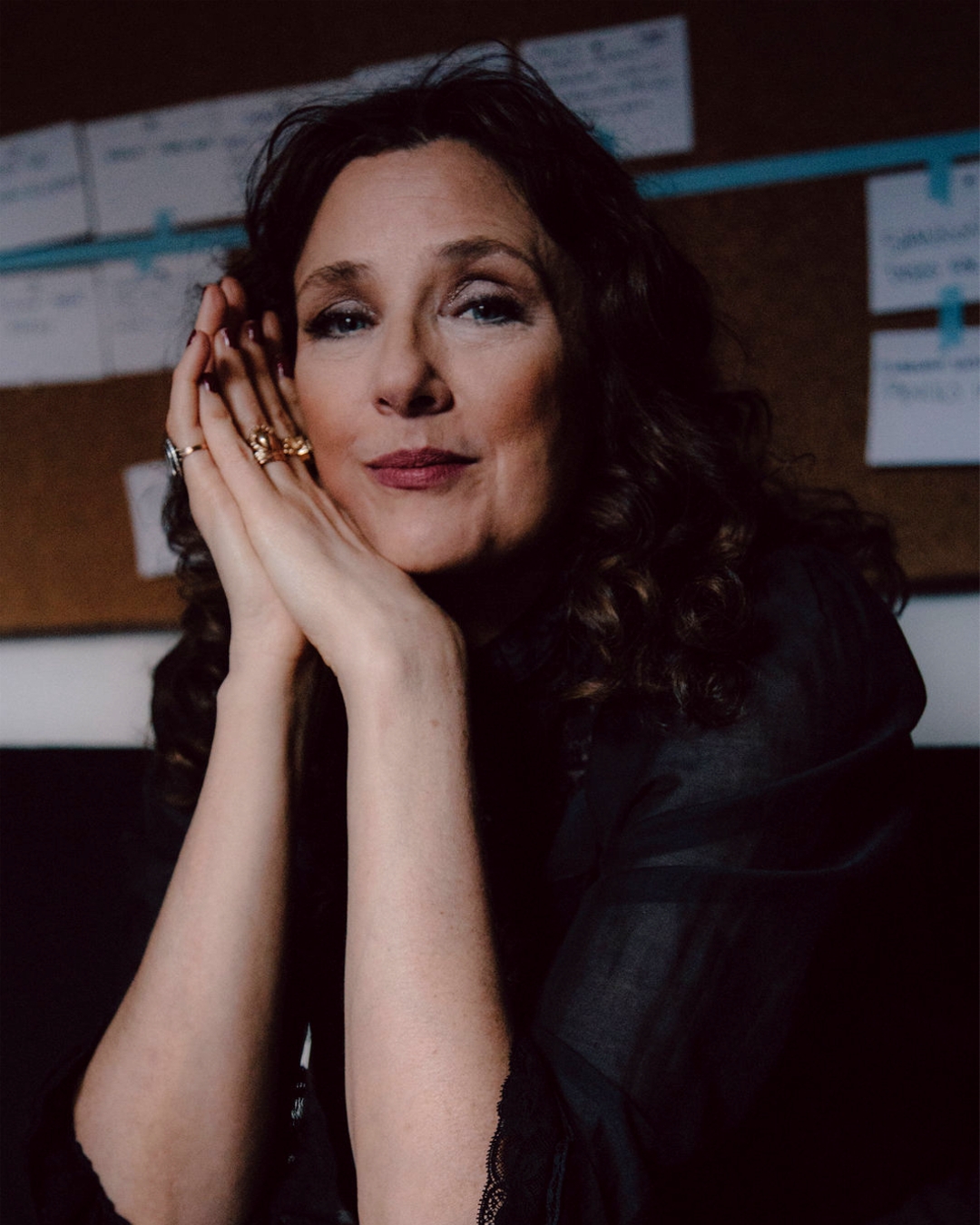 Juliette Binoche is a French actress, artist, and dancer. She has appeared in more than 60 feature films, been the recipient of numerous international awards, and performed frequently on stage – both as an actress and dancer – internationally. Film highlights include Three Colours – Blue, Chocolat, The English Patient and L’attesa.

In her own words:  “When you really put your heart in the work, you don’t think of how you look. And I think that’s the beauty of it.” 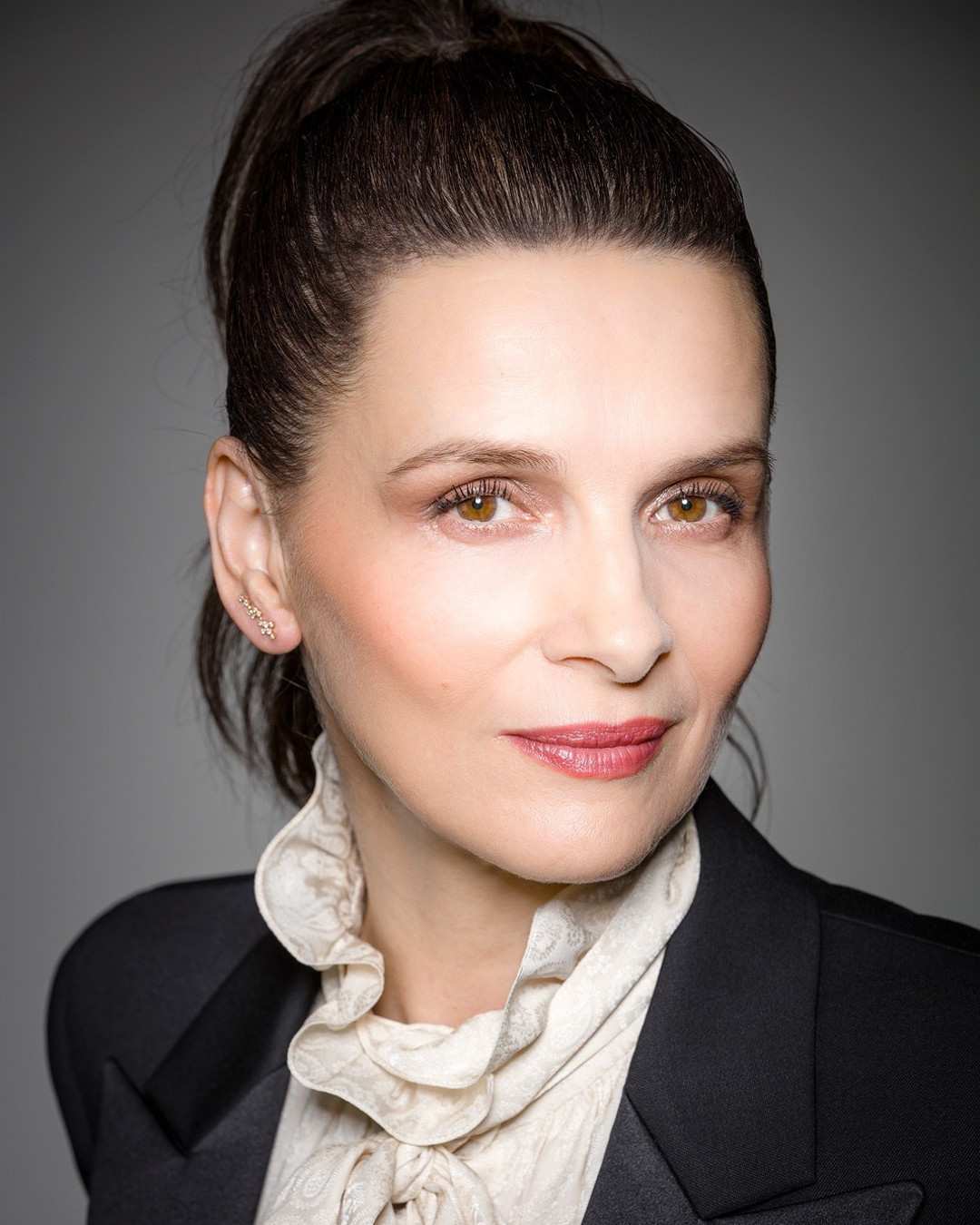 Fionnula Flanagan is an Irish actress. For her contributions to the entertainment industry, she was given the IFTA Lifetime Achievement Award in 2012. Flanagan is known for her roles in the films James Joyce’s Women (1985) and The Others (2001), for the latter of which she won a Saturn Award. She was also nominated for two Primetime Emmy Awards (winning one) and two Tony Awards during her acting career.

In her own words:  “I think Irish women are strong as horses, incredibly loyal and for the most part, funny, witty, bright and optimistic in the face of devastating reality.” 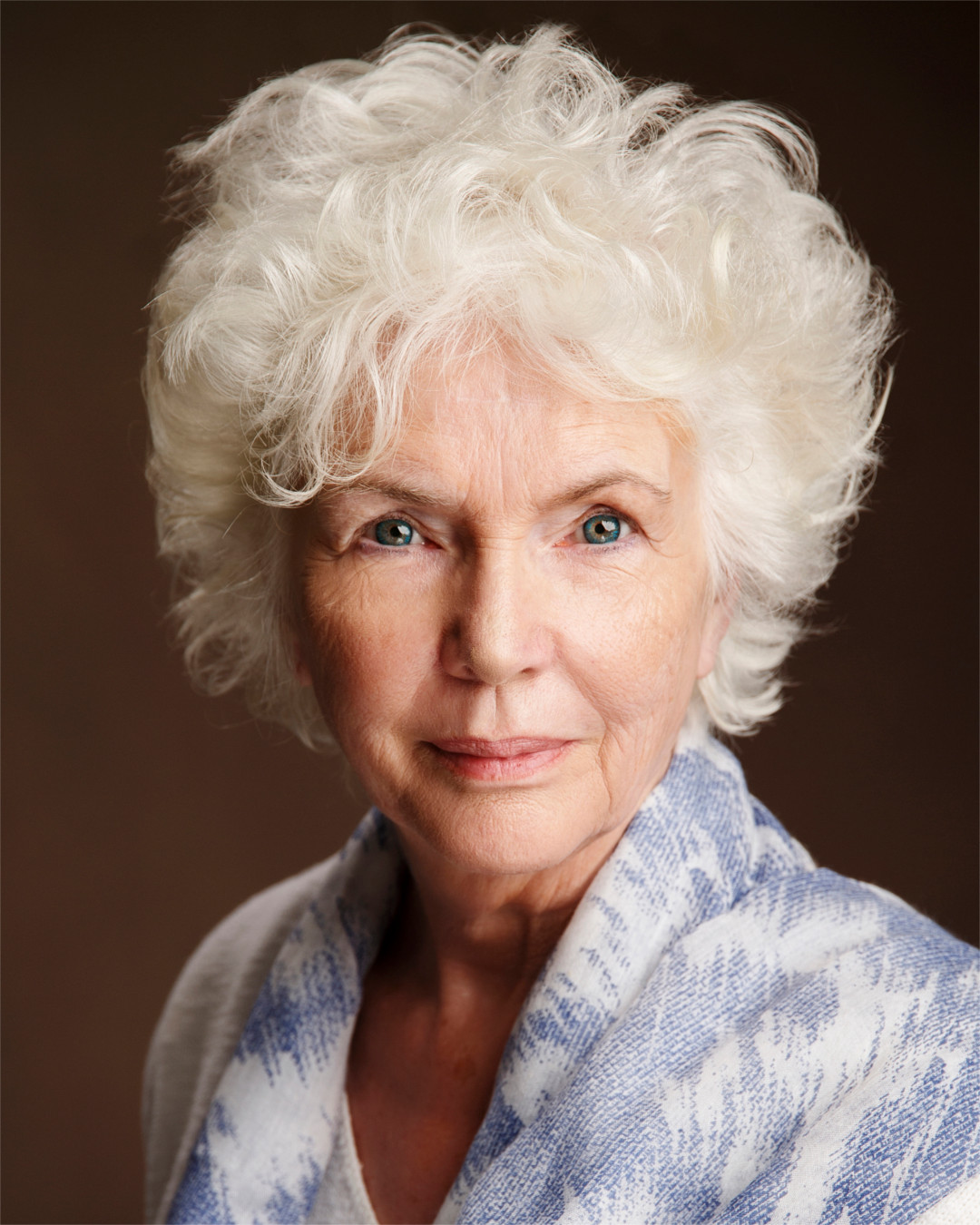 Saoirse Ronan is an Irish actress.  Born in New York, and raised in Ireland, Saoirse received international fame after appearing in the movie, Atonement (2007). Her film highlights include Brooklyn,
Ladybird and Little Women. Ronan has received innumerable awards including a Golden Globe Award and nominations for four Academy Awards and five British Academy Film Awards. 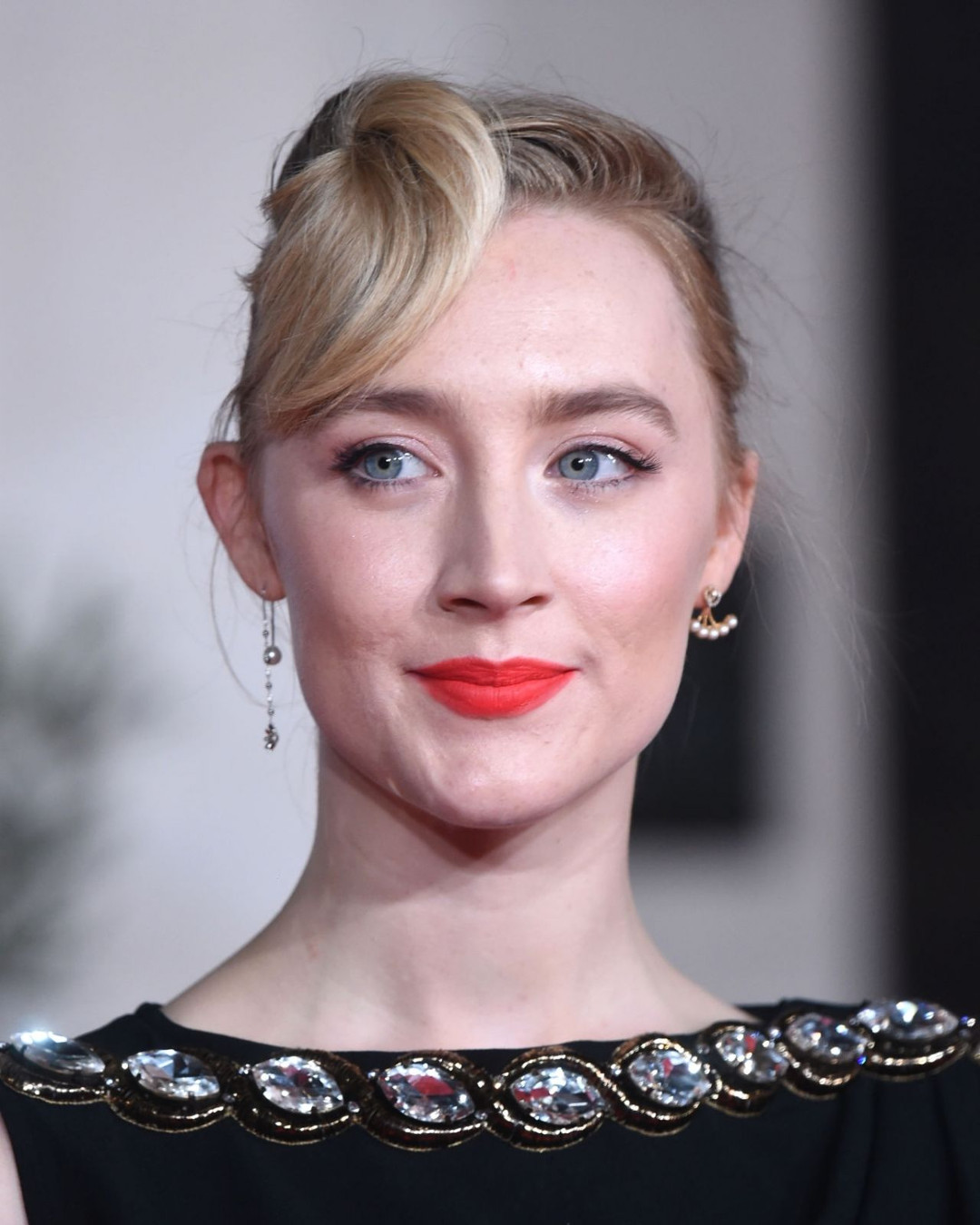 Consolata Boyle is an Irish costume designer based in Dublin. She is a frequent collaborator of English director Stephen Frears and has been nominated three times for the Academy Award for Best Costume Design for her work on three of his films: The Queen (2006), Florence Foster Jenkins (2016) and Victoria & Abdul (2017).

In her own words:  “I think the main responsibility, the role of anybody connected with any film whether it’s based on fact, historical, on contemporary fact, or a totally imagined world is to tell the story.” 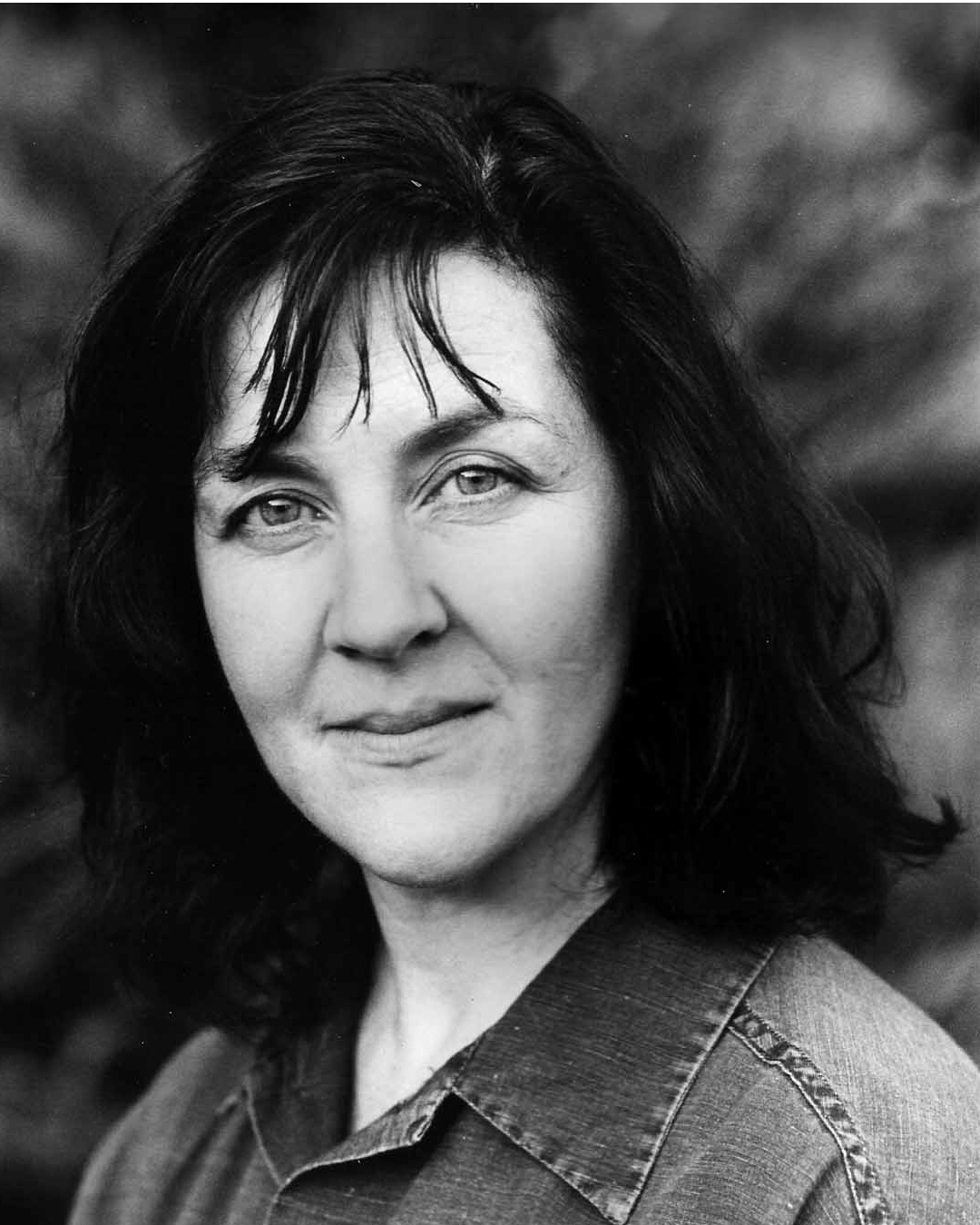 Sarah Jones was a camera assistant on Midnight Rider who was killed by a train during filming as a result of unsafe actions by the film’s director and producer. Her untimely loss inspired the Safety for Sarah movement campaign for increased safety in film production.

What the campaign says: “This tragedy has brought together the film making community in a way that I have never seen. Much of that is due to the person Sarah was… hard-working, fun, and a friend to very many people. What happened on that train trestle in Georgia horrifies us all. It can never happen again.” – Mike Miller, Vice President, IATSE 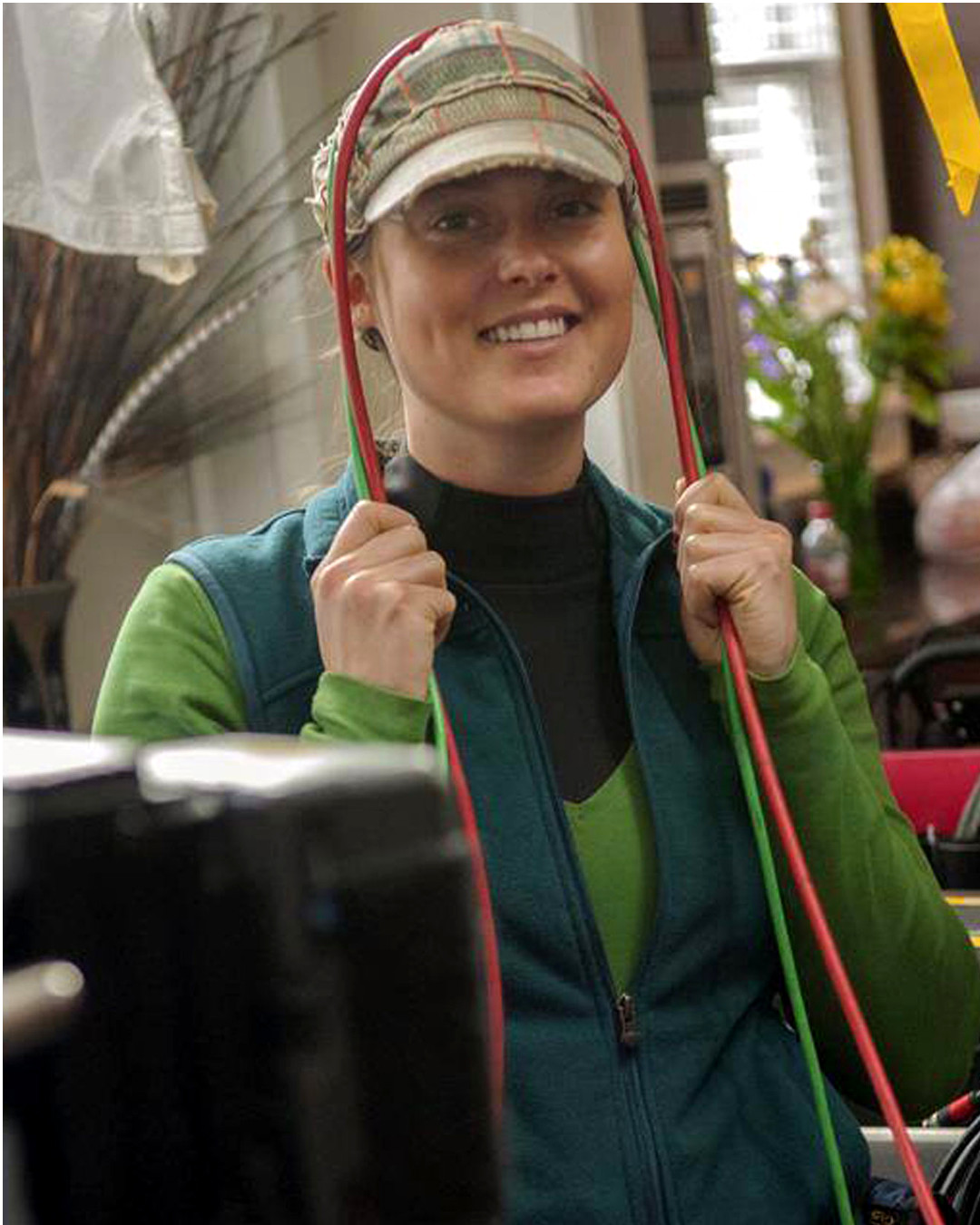 Emer Reynolds is an Emmy-winning director, and multi-award winning feature film editor. Here Was Cuba, her documentary directorial debut, which she co-directed with John Murray, was nominated for a Grierson Award 2014. Her feature documentary The Farthest, won exuberant critical acclaim, scooping up many awards, including an Emmy. A five-time IFTA winning editor, her feature credits include ‘I Went Down’, ‘The Actors’, ‘The Eclipse’, and ‘Patrick’s Day’, and documentary work includes ‘One Million Dubliners’ and ‘Broken Tail’. Her latest film Songs for While I’m Away – an intimate and poetic film exploring the life and work of Irish rock icon Philip Lynott- is due for release Autumn 2020.

In her own words:  “Making documentaries involves huge responsibility – being entrusted with people’s stories – and is exceptionally collaborative. Really does take a village. While embracing this trust and responsibility, and exploring with genuine curiosity, we hope that work emerges which honours the film’s subject with honesty, humanity and most importantly, heart.” 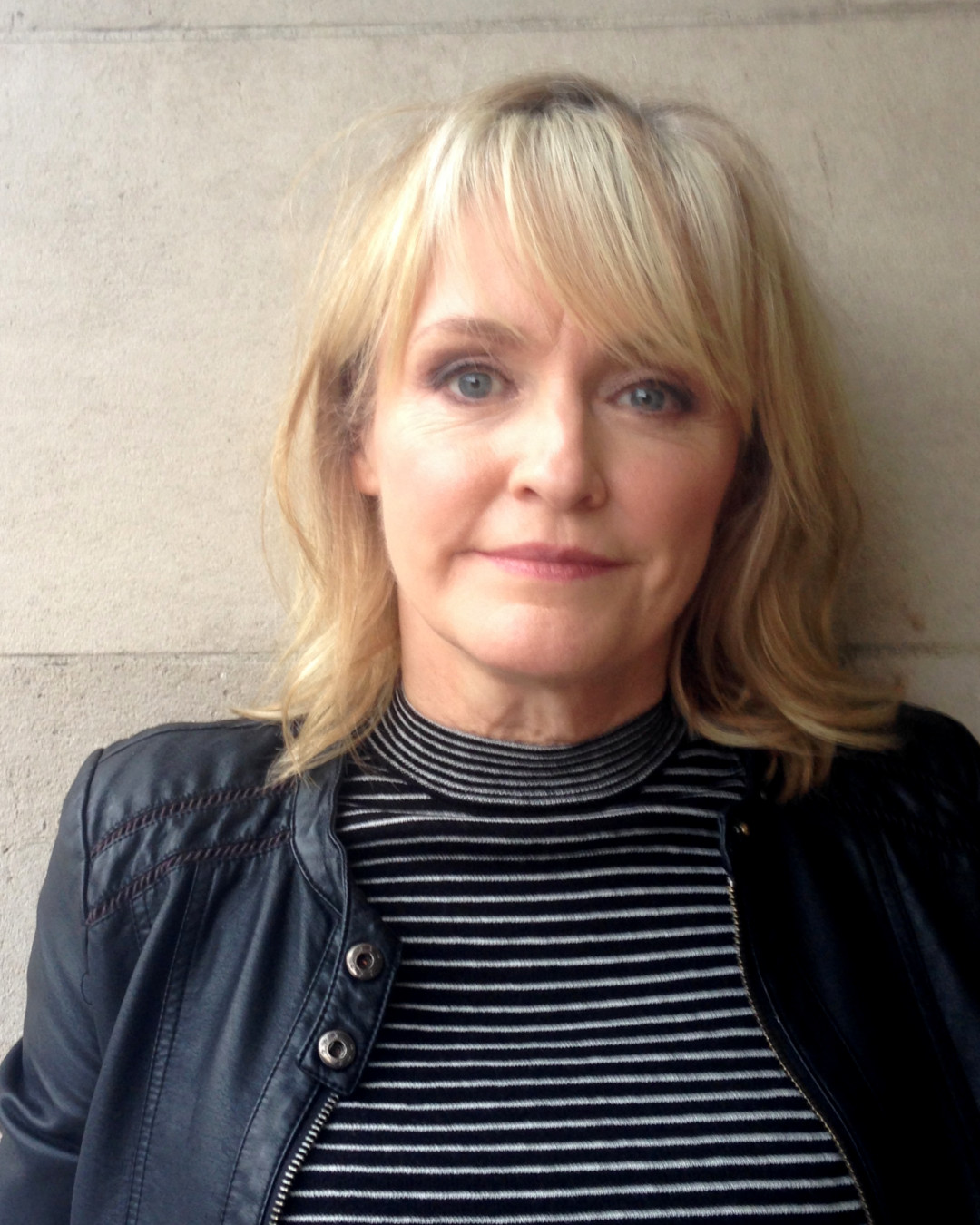 Deirdre O’Kane is an actress, comedian and TV presenter. Film credits include Noble, Halal Daddy, The Lodgers, Festival and Intermission.
Television credits include Moone Boy, Younger, Paths to Freedom while theatre credits range from classical theatre to her acclaimed performance in the one-woman show My Brilliant Divorce.

In her own words:  “Waiting to be hired, as an actor, especially, is soul-destroying… There is always something you can do… Create something, a play reading… Anything. But don’t rely on other people to come to you. Put yourself out there.” 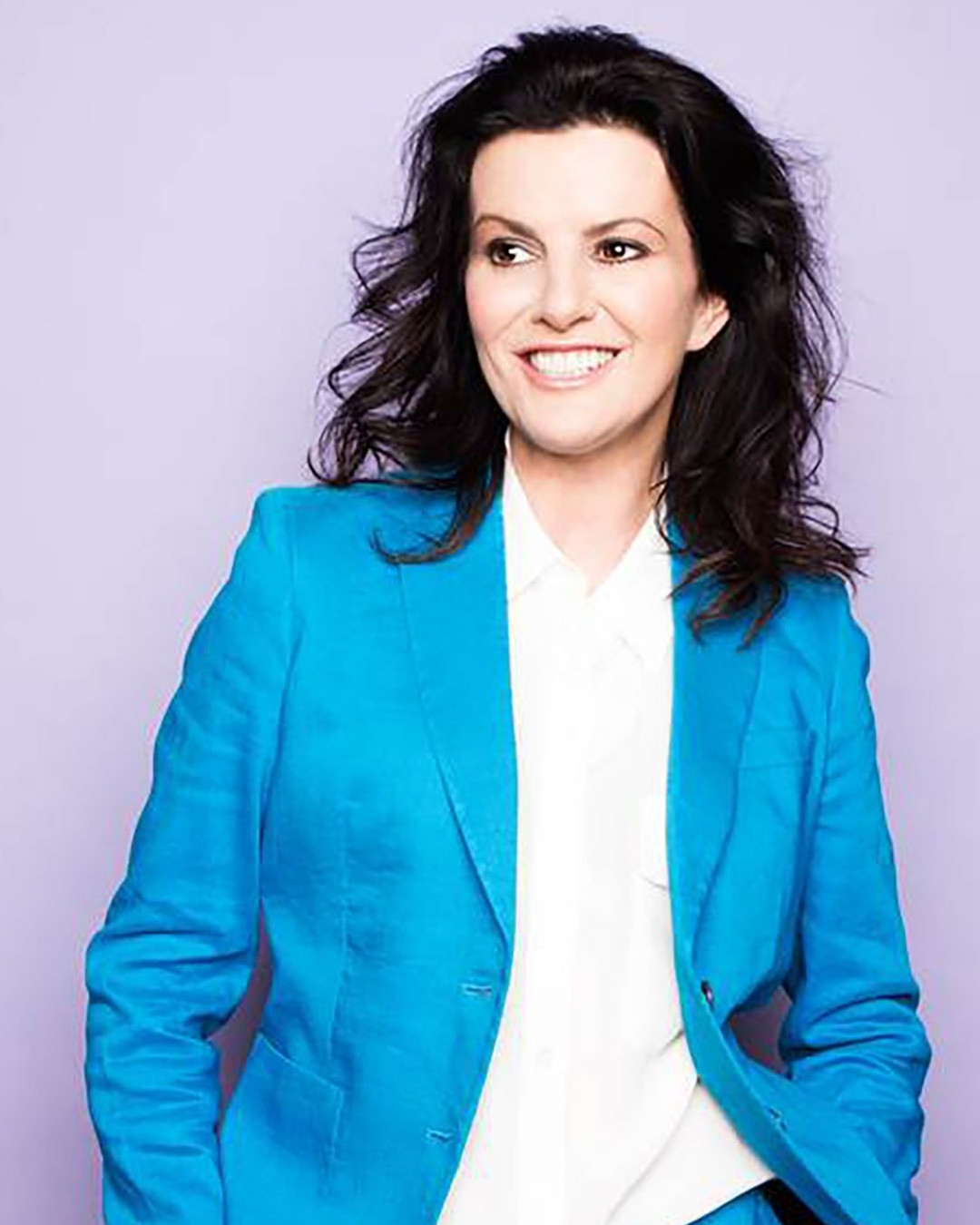 Bronagh Gallagher is an Irish-born singer, musician and actress. Bronagh made her screen debut in 1989, starting mostly on television series. Her first big feature film appearance was in Alan Parker‘s The Commitments (1991) _ followed three years later in Quentin Tarantino ‘s Pulp Fiction (1994). Five years after that she appeared in ‘George Lucas’ ‘s film prequel Star Wars: Episode I – The Phantom Menace (1999). Rolling into the 21st century, Bronagh’s work balanced out evenly between television and film. Further film appearances are too numerous to list but highlights include Tristan & Isolde (2006), Sherlock Holmes (2009) and most recently A Bump Along the Way (2019). Bronagh enjoys a parallel musical career.

In her own words:  “If I can’t be me and be accepted and loved for that, then what’s the point?” 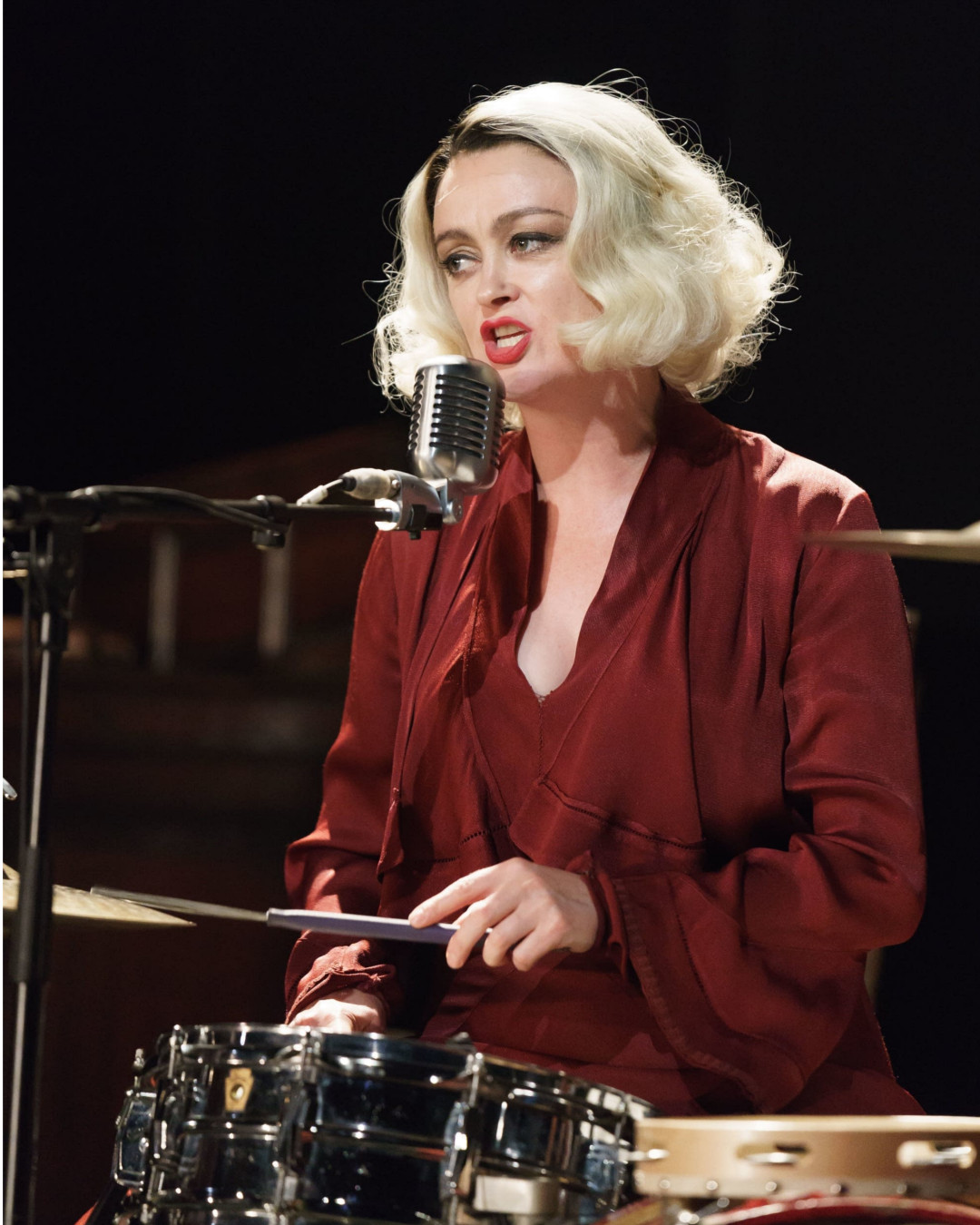 Jessie Buckley  is an Irish actress and singer. Film credits include Beast, Wild Rose, I’m Thinking of Ending Things.
Television credits include Chernobyl, Taboo and War and Peace while theatre credits feature the role of Anne Egerman in the revival of the Stephen Sondheim musical A Little Night Music.

In her own words:  “When your own people and your own country get behind you and say: ‘You’re doing alright kid’ that means a lot.” 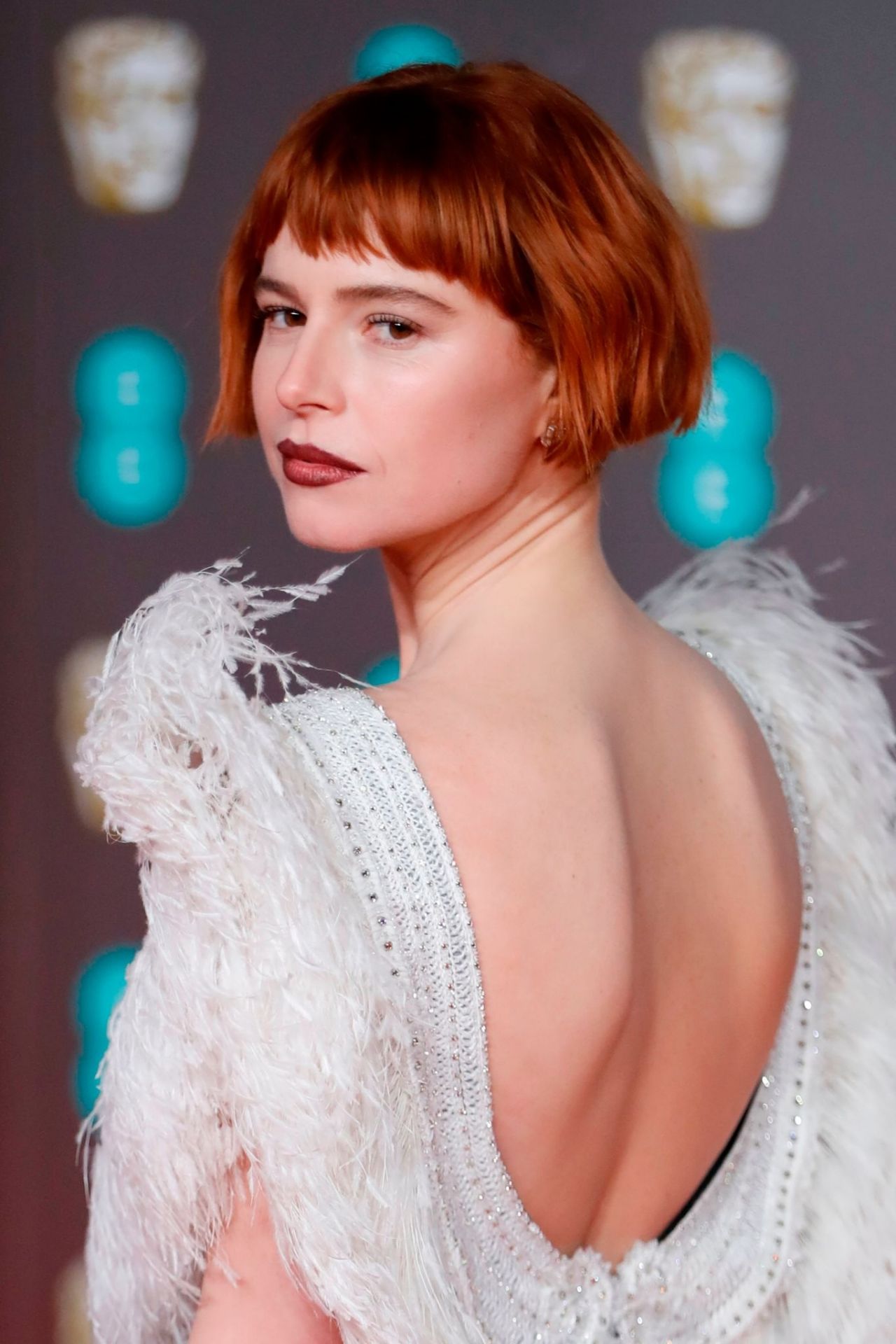