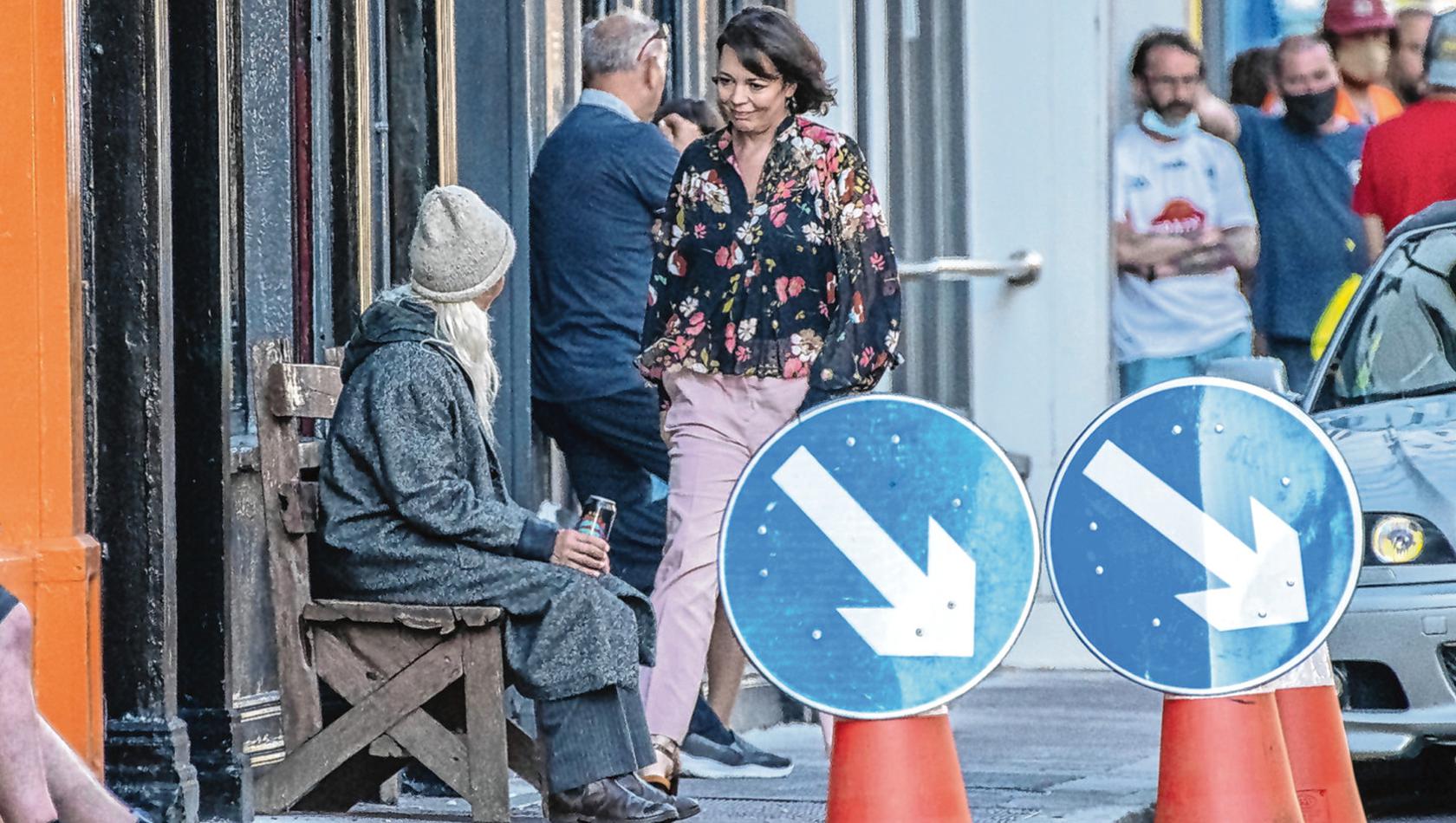 Joyride, the Subotica produced feature film starring Olivia Colman, has begun shooting on location in Kerry this month. Helmed by Emmy award-winning director, Emer Reynolds, the film follows the adventures of two very different main characters, both, in their own way, on the run.

Fourteen year old Charlie Reid has landed the role of his young life, starring opposite one of the most talented actresses in the industry and an acclaimed academy award winner.

Throughout July the production will film at an array of locations throughout the county with many locals already on board to take part as extras. The story of the growing relationship between the two unlikely tearaways was created and written by screenwriter Ailbhe Keogan who hails from Kerry and who Kerry College are proud to claim as a graduate! Screen Ireland have supported the project throughout development and are contributing a significant portion of the production finance.

Screen Kerry, the Kerry Film Office, was delighted to assist the production to shoot in the county. This meant putting them in contact with local accommodation providers and businesses, highlighting local crew, linking the production to facilities and trainees and connecting them with the local film network. Siobhan O’Sullivan, Kerry Film Development Officer, described how important it is to have productions of this quality shooting in the county. “The energy and economic impact that a production brings to a locality can’t be underestimated. This film is providing opportunities for local trainees and entry level crew to gain experience while working in a highly professional environment. We’re thrilled to have Joyride shooting here this Summer and look forward to bringing far more productions to the county.”

Ailbhe Keogan pushed for the film to be made in Kerry, both as the screenwriter and as a Board member of Kerry International Film Festival, part of whose remit is to foster film creativity, industry and appreciation in Kerry. “Siobhan and I worked closely to attract this production to Kerry. Despite its outstanding beauty and the fact the story is set here does not guarantee the production can film in a regional setting. Screen Kerry did colossal work to ensure we could compete favourably with the East coast”.

Kerry College Monavalley was able to facilitate the production in setting up an on-campus production base, fully in line with public health advice. This meant the production had the space required to organise the shoot while students were immersed in a real world pre-production environment, gaining invaluable experience. The College saw this as a great opportunity for learners on the nationally recognised Broadcast Production Skills course and were delighted to facilitate this handshake with industry. This traineeship has been delivering job ready new entrants to the film industry for over thirty years.

Con O Sullivan, Campus Manager – Kerry College Monavalley, described how “learners on our Broadcast Production course have enjoyed a unique opportunity to work on what is set to be a production of international acclaim. This will unquestionably raise the profile of Kerry as a destination for such productions while also serving as a testament to the quality of training provided by Kerry College”.