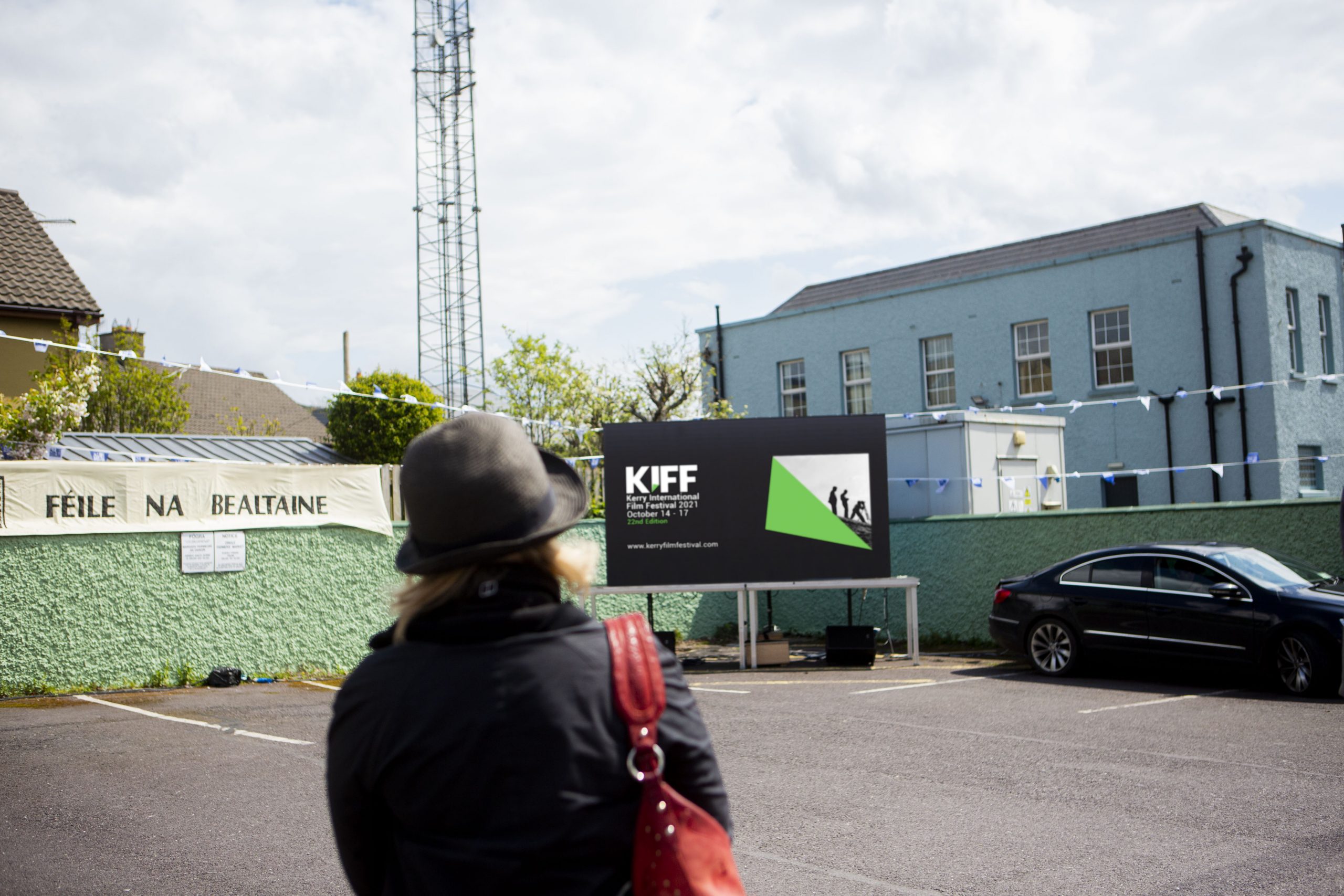 KIFF was delighted to contribute to the 2021 Feile Na Bealtaine festival by providing some content for their big screens. Feile Na Bealtaine is a cultural stalwart on the Dingle Peninsula that celebrates life and creativity through many art forms including music, film, spoken word, theatre, dance, parades, and street art and entertainment. This year the festival took part over two weekends. The first was over the May Bank Holiday weekend and kept the festival fire burning until 15 or more people could gather the following weekend for a selection of small but exciting cultural events. They had props from the parade on show in town, art exhibitions in shop windows and outdoor spaces and visual delights on giant screens in two locations – one in Dingle town, and one in Ventry. This is where KIFF came in. KIFF director, Eibh Collins selected a small number of films from the KIFF archives to be shown as part of the Feile Na Bealtaine programme. Some of the films on show were The Space Between Us by Elaine Kennedy, Mary by Shaun O’Connor and animation Beetle Knight by Jay W. Kupiec, all Kerry talent.

‘As a county-wide Festival, KIFF is eager to reach West Kerry audiences. Collaborating with Feile Na Bealtaine this year hopefully marks the start of an long-term relationship with one of our favourite festivals in Ireland.’ says Ailbhe Keogan, a KIFF Board member.

The collaboration also enabled money to reach the film-makers directly as Feile Na Bealtaine funds were used to support creative practice in a practical way.