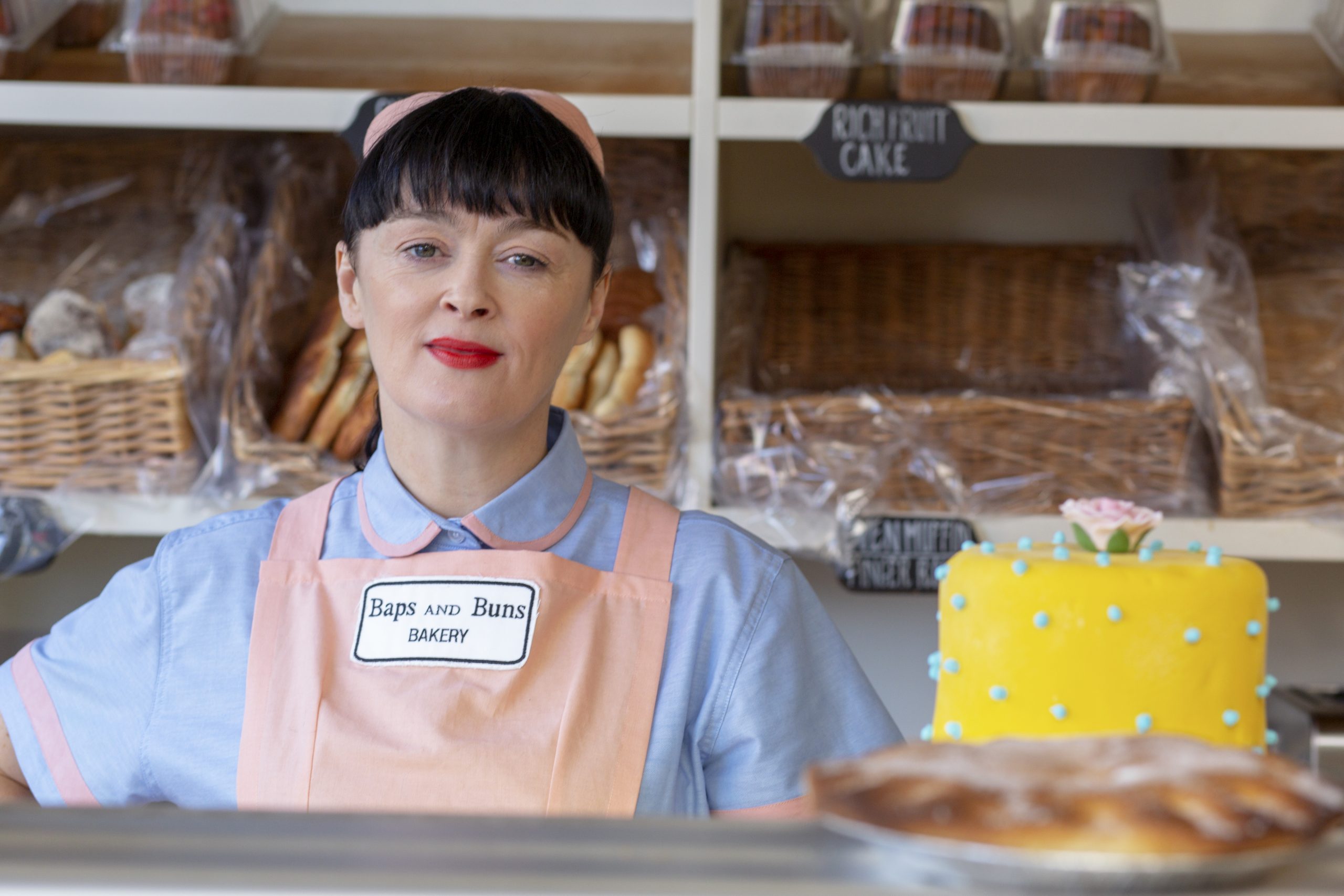 An evening with Bronagh Gallagher, sponsored by Screen Ireland

Kerry International Film Festival (KIFF) are delighted to announce that they are hosting ‘An Evening With Bronagh Gallagher’ sponsored by Fís Éireann/Screen Ireland on 19 May 2022 in St. John’s Church of Ireland, Tralee. The evening will feature a screening of Ms Gallagher’s 2019 film ‘A Bump Along The Way’ at 7 pm followed by a Q&A session with the esteemed actor.

The screening will be followed by drinks and canapés in Lottie’s Bar and Lounge, The Ashe Hotel, Tralee where Ms Gallagher will be formally presented with the KIFF 2019 Maureen O’ Hara Award. Bronagh Gallagher won the coveted KIFF Maureen O’ Hara Award in 2019, however, due to schedule conflicts and restrictions implemented due to Covid 19, the formal presentation had to be postponed until this year.

Chairperson of KIFF Grace O’ Donnell said: “We are looking forward to presenting the 2019 Maureen O’ Hara Award to the wonderful and immensely talented Bronagh Gallagher and to showcasing her film ‘A Bump Along The Way’ in Tralee. It is an honour to have Bronagh attend this event and to finally be able to present her with her truly deserved award in person and to celebrate her outstanding contribution to the film industry.”

Many will know Irish-born Bronagh Gallagher from her large body of work as a singer, musician and actress. Bronagh made her screen debut in 1989, starting mostly on television series. Her first big feature film appearance was in Alan Parker’s The Commitments (1991), followed three years later in
Quentin Tarantino’s Pulp Fiction (1994). Five years after that she appeared in George Lucas’s film prequel Star Wars: Episode 1 – The Phantom Menace (1999). By the 21st century, Bronagh’s work balanced out evenly between television and film and some highlights include Tristan & Isolde (2006), Sherlock Holmes (2009) and most recently A Bump Along the Way (2019). Bronagh equally enjoys a hugely successful musical career.

The night promises to be a very unique and special event and KIFF is looking forward to welcoming both Bronagh and all those attending on the night. Tickets can be purchased via www.kerryfilmfestival.com or Eventbrite. Screening €7, Screening and presentation reception €15.

Kerry International Film Festival will take place 20 – 23 October 2022, Film submissions for the 2022 festival are open via FilmFreeway until 5 September. KIFF is proudly supported by The Arts Council, Kerry County Council, IFTA and Kerry Airport and is very grateful to all of its sponsors and supporters.